use the dropdown menu below to explore belgianstreets 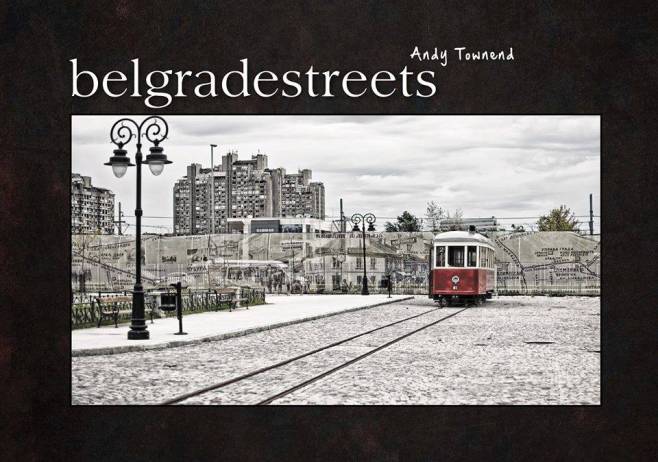 belgradestreets - a book of photographs by andy townend

for those with interest in such things...my images are captured with my Nikon D700 or, when the mood takes me, my iPhone 5

published with a dash of love, hope and passion, for life...

thank you for visiting

Like many people, I suspect, I am saddened to see the unannounced demise of the WordPress weekly photo challenge. In the early days of belgianstreets the weekly prompts from the WordPress team often offered a much needed spur to action, created a platform and built a community.

The WordPress team, and their occasional guests, created a cherished sense of community. They will be missed.

How to choose a favourite? Not exactly Sophie’s Choice I know, but hey guys, you may be ripping out the soul from your blogging platform. Why not at least have issued some kind of warning, canvassed opinion, or even sought out those willing to carry the torch?

So, I publish again my very first photo for this esteemed challenge, and if you’d like to see the whole set from belgianstreets then here you go. 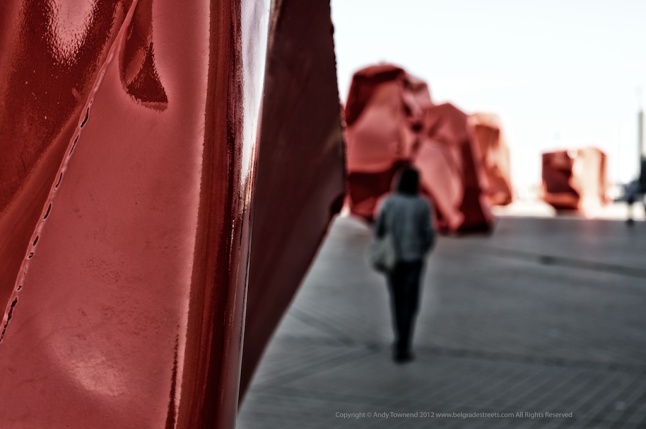 – Haruki Murakami, Kafka on the Shore

‘There was a point to this story, but it has temporarily escaped the chronicler’s mind’

― Douglas Adams, So Long, and Thanks for All the Fish

Continuing my theme of the last couple of weeks, I ventured out this afternoon with the dual purpose of (1) bagging my 10,000 steps with my red (tangerine) Fitbit, and (2) capturing some optimistic images for this week’s WordPress photo challenge. A few things caught my eye.

As you can see. 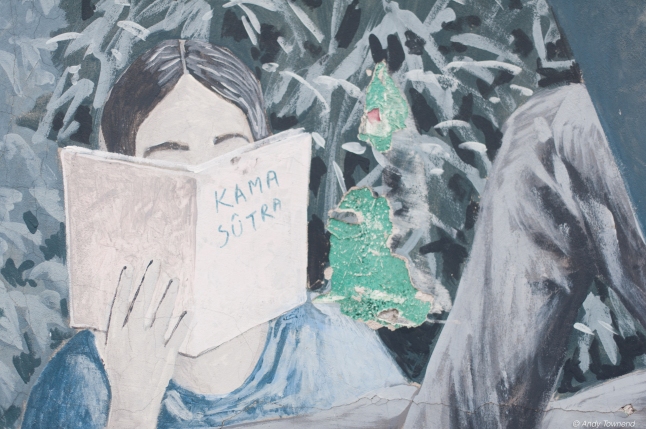 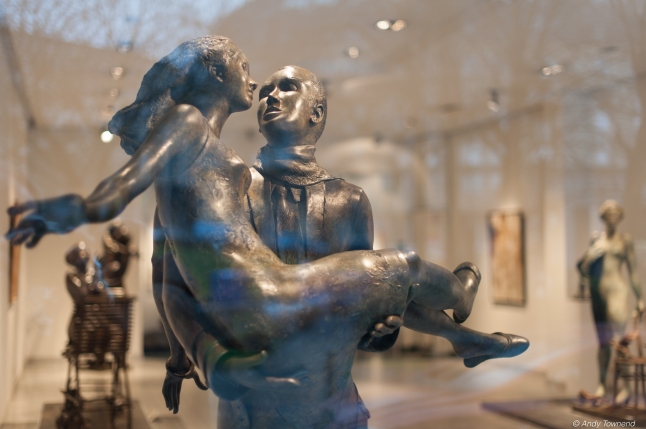 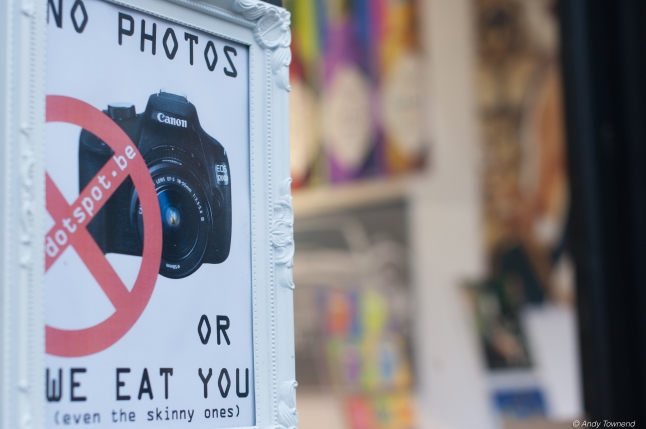 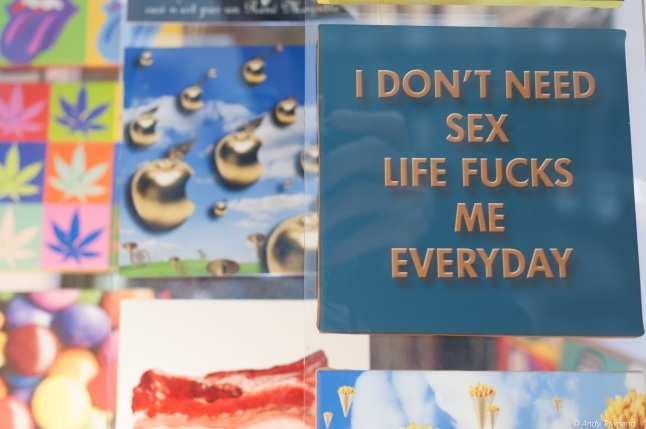 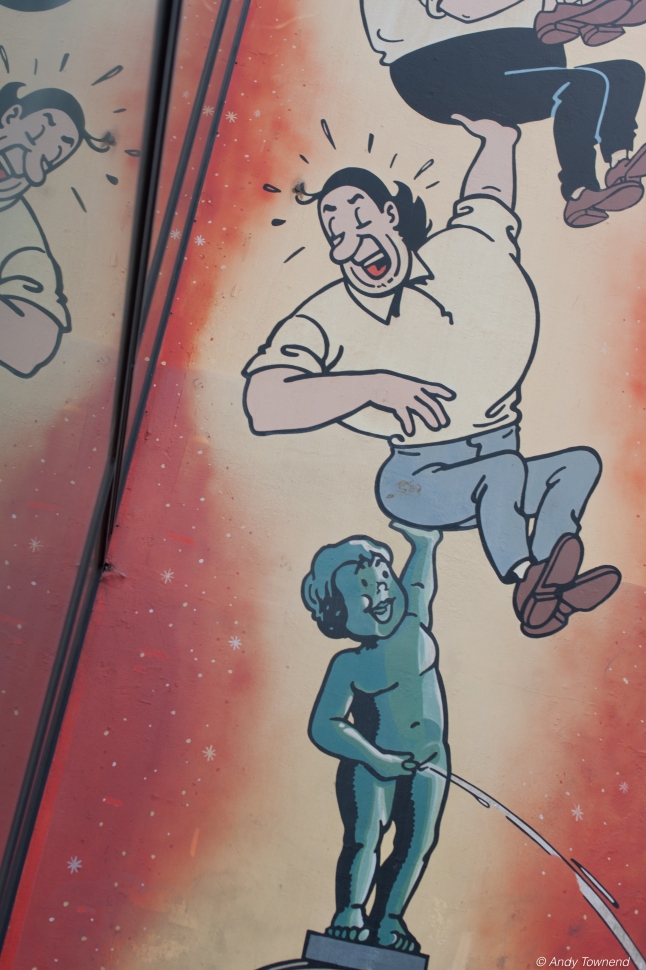 And the route I took in search of optimism. 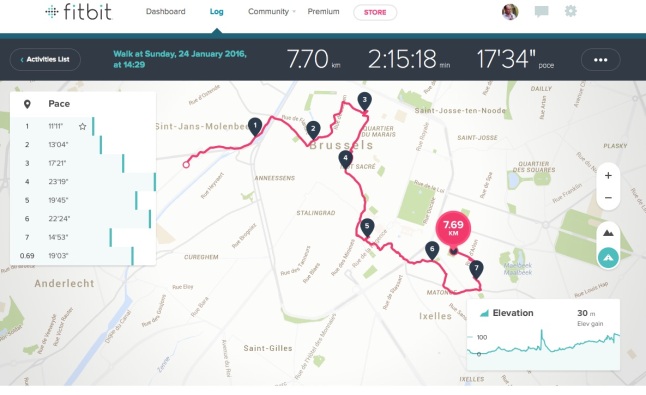 This year, or more precisely, at the turn of the previous year (if that phrase is indeed correct, maybe it is not), I resolved not to make any resolutions. Among the resolutions that I did not make, were to read more, and, maybe, to take more care of my health. Bizarrely, as far as the latter is concerned, a small collection of electrical components wrapped in plastic and connected to my wrist by means of a rubberised tangerine strap (yes, really, it seems red to me, but Fitbit deem it to be tangerine) have been pressing me to address this resolution (that I did not make, of course). So, when I saw that this week’s photo challenge from WordPress was alphabet, I recharged my Surge, stiffened my sinews, or (girded my) loins, or whatever, and set out to both become fit(ter) and capture the alphabet on the streets of Brussels. The results, largely unedited (apart from a tiny bit of cropping and lens correction) are below. And, if you are still with me, you will find (way down below) a map of my route, as recorded by my tantalisingly tangerine timepiece. 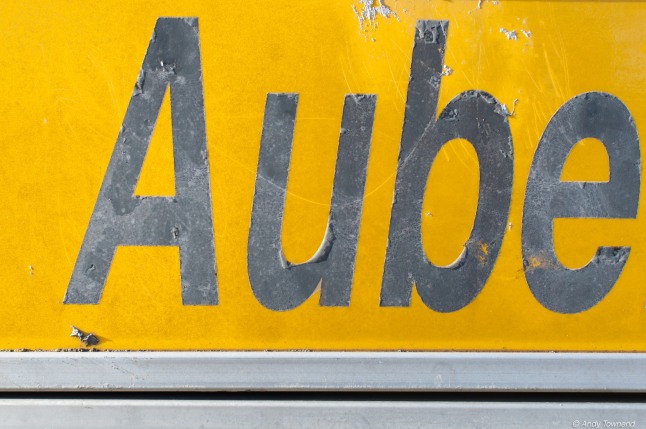 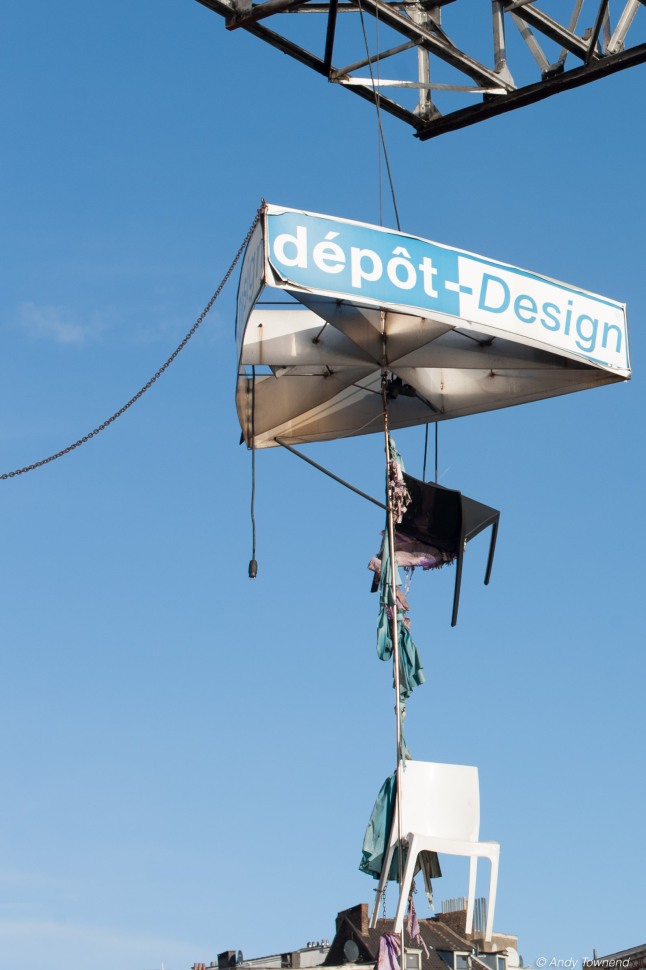 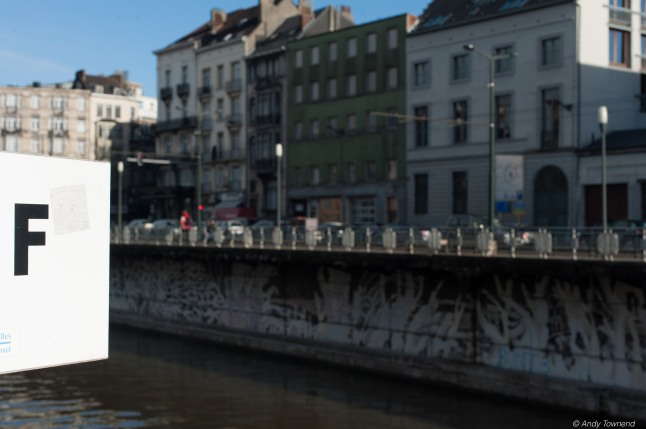 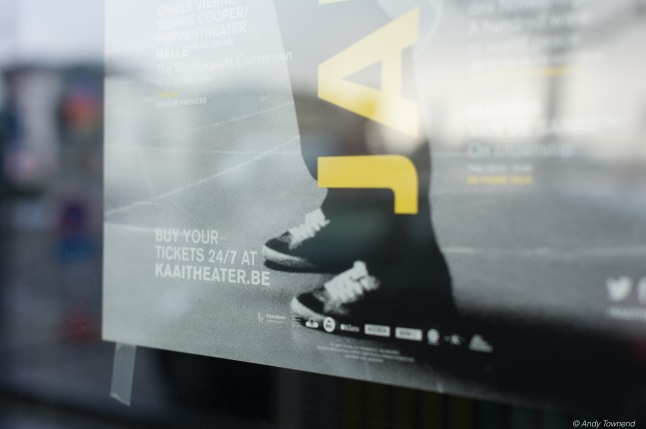 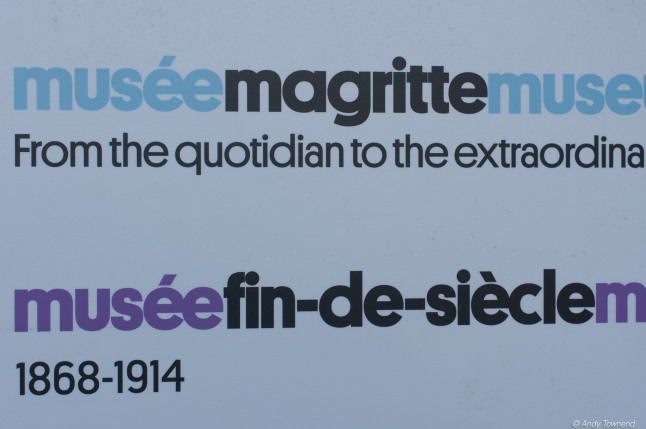 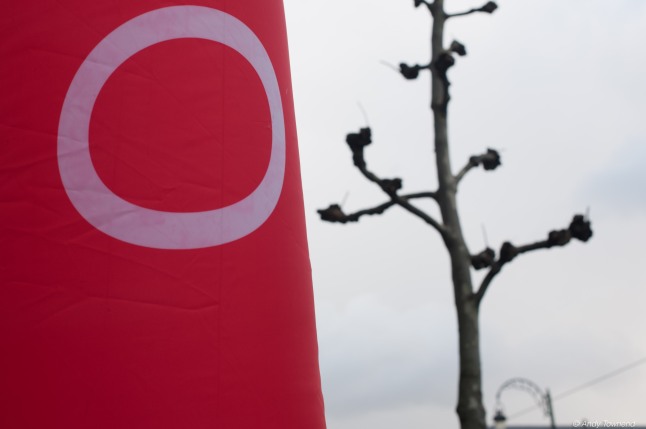 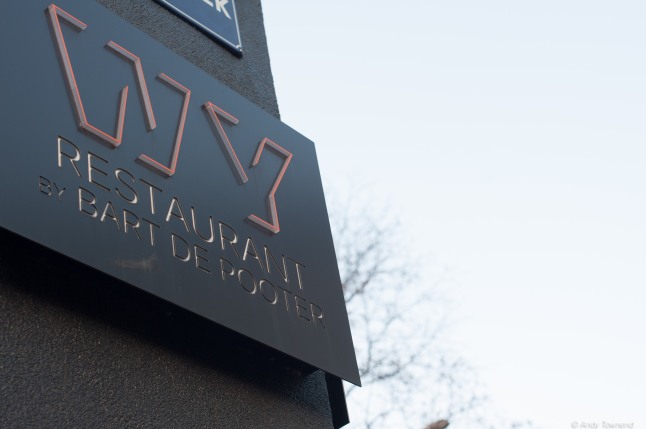 The tangerine thing tells me that the walk that I took is as recorded below. I have attempted, from memory, to indicate where each shot was taken. All positions are approximate and may even be wildly inaccurate.

And, if you are still with me, for which thank you, the book that I am reading (as part of one of my other non-resolutions) is Submission, by Michel Houellebecq, a particularly challenging read in the light of recent events and geography.

and for lucile’s photo 101 rehab

Children forget that sometimes. They think of themselves as a burden instead of a wish granted.
― Mitch Albom, For One More Day 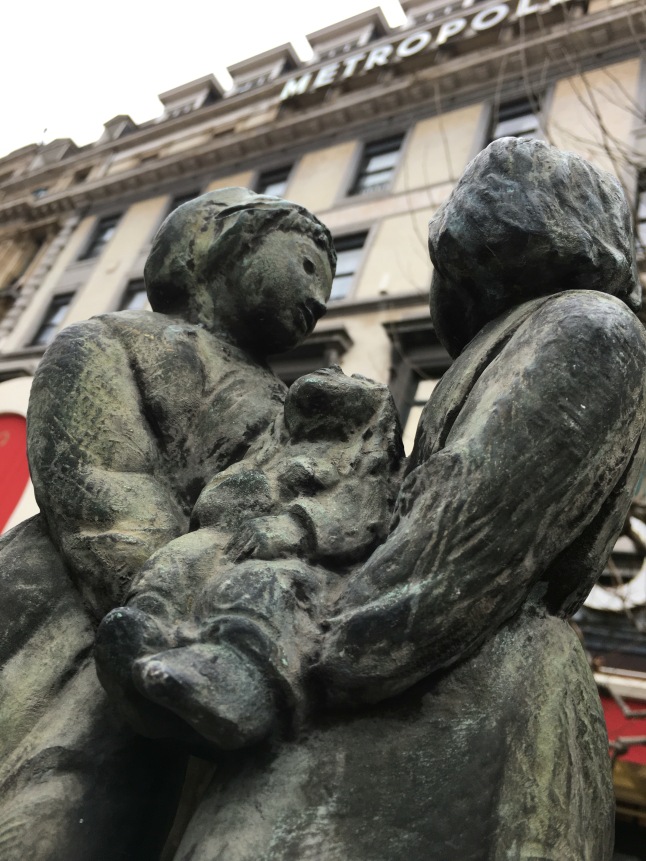 a burden
shared is
(less)weight 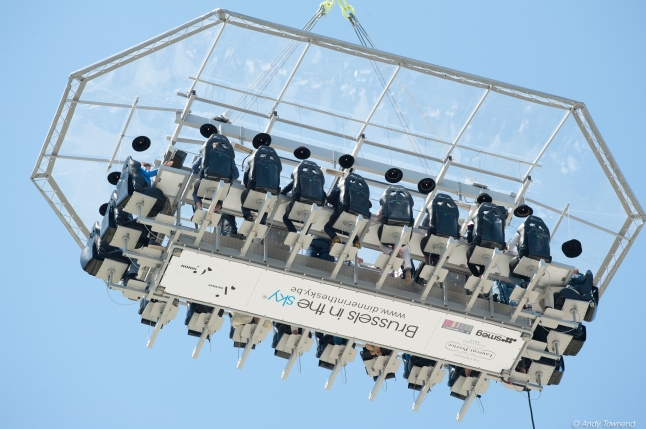 Yesterday I was tagged, over on Facebook, by an old friend and former colleague, who asked me to show him seven photos of nature in the city.

Naturally, I accepted the challenge.

John, I hope my interpretation of your challenge ticks the box for you? 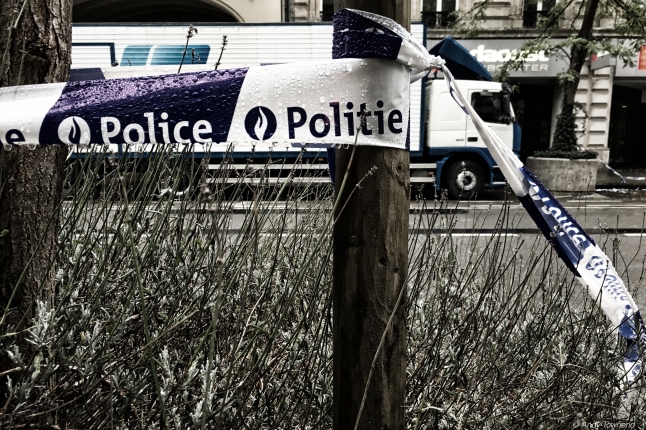 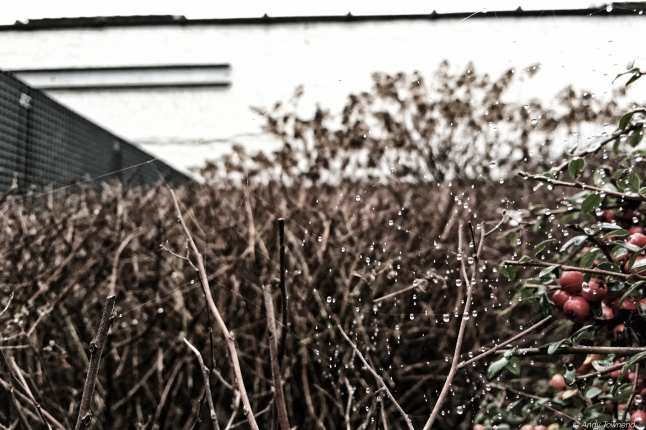 for John V and for Lucile’s Photo 101 rehab

*all photos shot on iphone 6s and edited in lightroom cc and colour efex pro 4,*

‘I know the word that you long to hear
I know your deepest, secret fear’
– lyrics from The Spy, The Doors 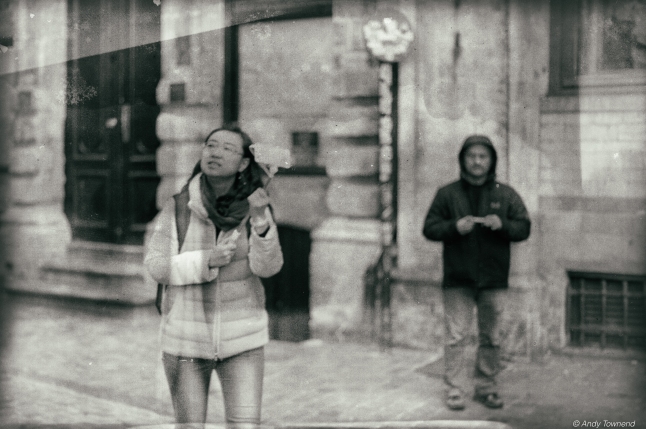 Shot on the streets of Brussels during the lockdown.

Where, then, indeed, were the spies when they were,

“anxiety is the dizziness of freedom”
― søren kierkegaard 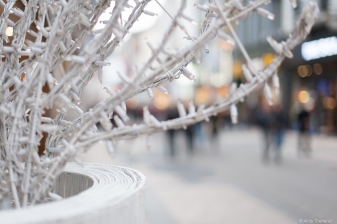 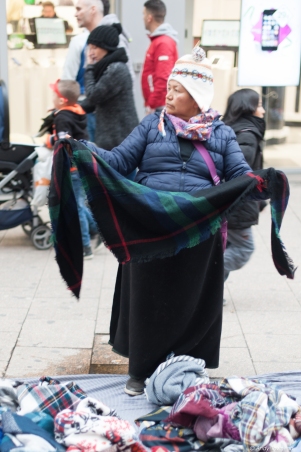 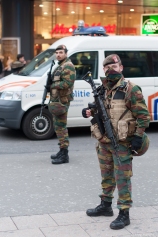 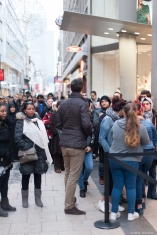 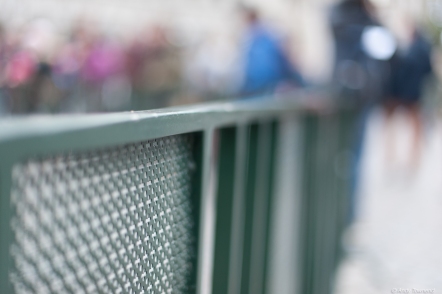 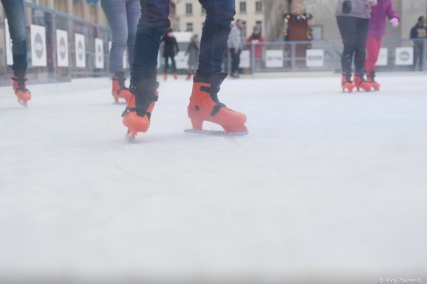 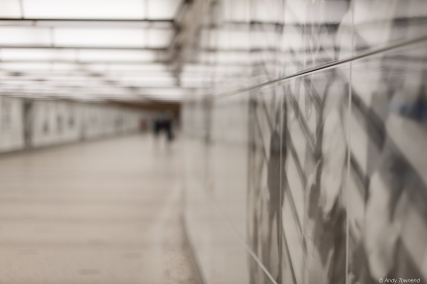 This is, I hope, my final post in my Brussels Lockdown series.

An uneasy peace has returned to the streets this weekend. In comparison with last week, the streets were busier, but not as one might expect at this time of the year.

A notable exception being the long long queues outside Primark which I recall from last year. Is it possible that some people have been living here on the street, camping out all year, in the hope of that one bargain in the sale?

In contrast, many of the other shops were quieter than usual, some of the entrances to the City2 shopping centre were closed off, and taped up, to allow the guards to more diligently screen those wishing to shop within.

Or perhaps, as in this case, to practice their dance moves?

Dancing in the street? Or no way out #BrusselsLockdown pic.twitter.com/hLgup5kbWZ

Soldiers patrolled the mall, and the approaches to, and platforms of, the metro.

Scanners, such as those used at the airport were deployed. Liquids were not banned and their appeared to be no Fastrack for frequent flyers or those with other reasons to feel privileged, no, here, today, we were all alike. In fact, we were (treated) like cattle.

The soldiers seemed more relaxed this week. Except when I pointed my Nikon in their direction, when some, fearing exposure, would pull their scarves up over their face and turn away. But unlike the other day, not once was I challenged and asked to delete anything. I had a minor scare when taking my camera out of my bag, and taking off the lens cap, made a loud metallic noise, not unlike a weapon being primed (I imagined, I wouldn’t know), which made people look around in fear. Thankfully the soldiers knew better. Their training helping their undoubted anxiety.

I walked down the escalator to the Metro, a young heavily armed soldier by my side, I smiled, he smiled back. We looked away. What is there to say?

And so, the peace filters back on to the streets.

And I am left wondering.

“when truth is replaced by silence,the silence is a lie”
― yevgeny yevtushenko 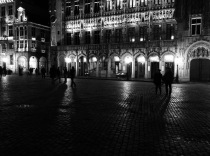 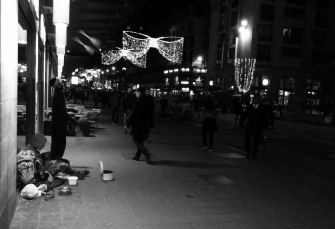 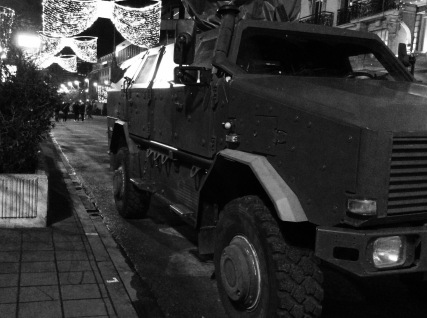 I’m writing this post on the move with the WordPress app on my iPad. My ‘grown up’ camera (curiously my iPad insisted, with Siri’s help no doubt, on replacing camera with ‘camper’) is resting at home, my battered, screen shattered, old iPhone has given up, it’s battery exhausted. Yes, it knows the game’s up, knows it will be retired and replaced by a younger, slimmer, (deceptively) more exciting model in only a few days.

Today’s photos were shot, edited and posted from my iPad, so they’re perhaps not as polished as I might like. In fact, some are frankly poor.

But, I do think they tell the story. Thursday evening, in many places, used to be the time of the week when the wage slaves received their pay packets bulging with rapidly depreciating notes. The streets would be packed with life, noise, and yes, a degree of drunken debauchery.

Not here. Not today. Not yet.

Which, reminds me (ha) you may wonder why there is a poorly cropped shot of headless Politie officers? Well, for the first time in my life, I was stopped whilst shooting taking photographs and instructed (firmly but politely) to press the delete button. Does that make me a paparazzi, a real photographer, or just plain stupid for taking a full frontal group shot with a leather encased tablet?

through belgianstreets, for two and a half years, I shared my views and feelings about this quirky country, its people, and me, through my photos
...thank you for being part of it